Ivan Lendl adorns the cover of two French tennis books which are presented here in more detail. Alan Page’s ‘Les grands défis du tennis’ was published in 1988 and contains short portraits of tennis legends of the time as well as many high-quality photos by Henri Szwarc which are the real highlight of this 95-page book. The tennis guide ‘Perfectionnez votre tennis’ by Piacentini and Missaglia was released as early as 1981. It is also illustrated throughout in colour and is aimed at advanced tennis players on its 159 pages.

The new Legends Team Cup as part of the ATP Champions Tour will begin in Croatia at Pula Arena from 1-3 August when the ancient amphitheatre becomes a tennis court for the first time in its long history. The format sees two teams of former stars play against each other over two tournaments hosted at exclusive destinations across the world. Ivan Lendl and Pat Cash will captain each team of five players. Former stars Lleyton Hewitt, David Ferrer, Juan-Carlos Ferrero, Tommy Haas and Radek Stepanek have been picked by Ivan Lendl, while Jo-Wilfried Tsonga, Marcos Baghdatis, Tomas Berdych, David Nalbandian and Tommy Robredo have been selected by Pat Cash. Each tournament day will consist of two singles and one doubles match, with the team with the most points at the end of the three days being crowned the winners. The teams will also play to become the series champions, which will be awarded at the end of the second tournament at Dubai Harbour taking place next year from 7-9 February. 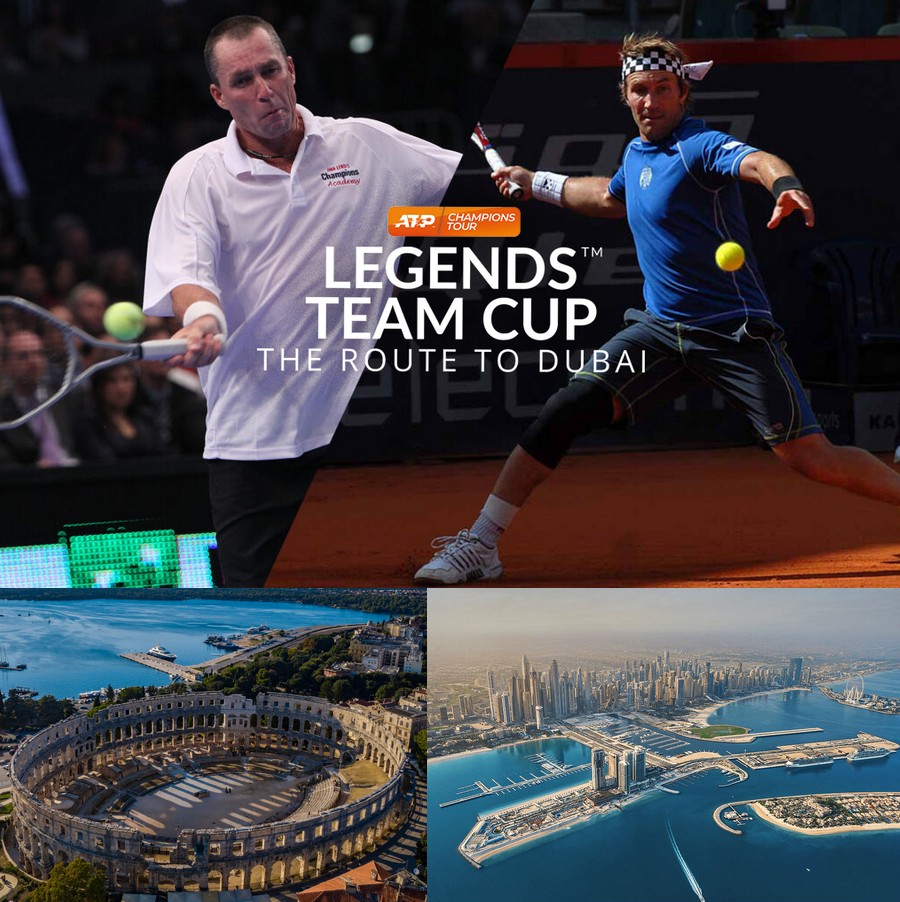